Don't forget that we have an excellent gift shop that just might meet your last-minute holiday shopping needs!
Posted by Curator Jill R. Chancey at 9:15 AM No comments: 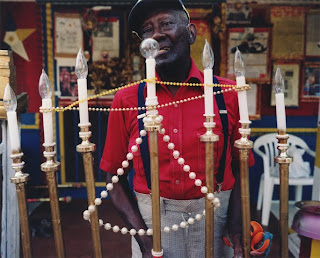 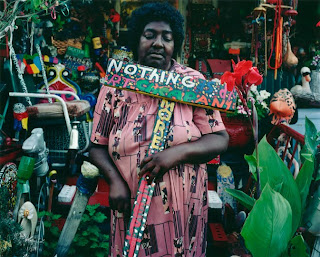 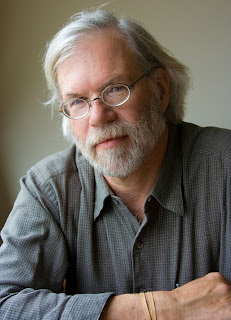 
The Lauren Rogers Museum of Art will present Take Time to Appreciate: Photographs of Mrs. L. V. Hull and Reverend H. D. Dennis by Bruce West on display in the Lower Level Galleries December 15, 2010 through February 23, 2011.


Bruce West has been documenting the rural landscape and culture of the Mississippi Delta and surrounding regions for the past thirteen years. West takes simple and direct portraits of the people he visits and photographs each year, including the two artists highlighted in this exhibition, Mrs. L. V. Hull (c. 1943-2008) and the Reverend H. D. Dennis (b. 1916). The title for the exhibition comes from a sign created by Hull, a folk artist from Kosciusko, Mississippi, and speaks of West’s primary objective as a photographer. The Reverend H. D. Dennis, “Spiritual Advisor to the World,” is an independent preacher in Vicksburg, who has transformed his wife Margaret’s grocery store into a one-of-a-kind non-denominational church. In his list of the ten most significant architectural sites in the South, noted American architect and MacArthur Fellow Samuel Mockbee described Margaret’s Grocery: “Built by Reverend H. D. Dennis, its crude materials and methods of construction place it in an ethereal state of being and perpetual sense of beauty.” While documenting Dennis’ creative and spiritual work, West says the photographs “also offer a meditation on the rigors, torments, and joys of the life of an ascetic and affirm the possibility of an authentic life.”


West has received grants from the NEA, the Ford Foundation, and the Polaroid Corporation. His work is included in many collections, including the Saint Louis Art Museum, the Houston Museum of Fine Arts, The Nelson-Atkins Museum of Art, and others. He has exhibited in New York City, Germany, the Netherlands, and across the United States. He is currently Professor of Art at Missouri State University in Springfield, Missouri.