Sculpture on the Grounds

For some time, Cor-ten Duo #3 by Arthur Silverman has been on display at Sawmill Square here in Laurel. We decided to move it to the museum grounds recently, which was quite a project since it's quite heavy. Not only is it a large steel sculpture, its base is a sheet of 2" thick concrete. At the mall, the concrete base sat upon a 10" carpet-covered wooden base.

After we decided to move it, we had to pick a spot on the grounds and have a concrete pad poured, then figure out how to orient the sculpture. Once the concrete pad was ready to use, we booked a local moving company to help us with a truck and about five moving men. They moved the whole thing (wooden base and all) all the way through the mall to the only set of wide doors. Thence by truck to the front lawn of the museum, where they picked it up off the wooden base and carried it across the lawn to the concrete pad. 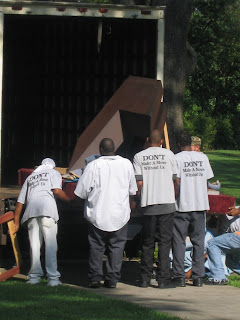 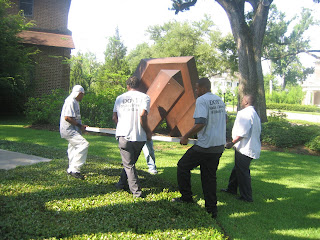 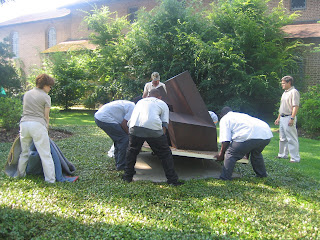 It was quite an endeavor, and frankly I'm glad I had to be out of town for it. I would've cringed all morning long. George, Tommie, and Todd, who aren't nearly as nervous-nelly as I am, oversaw the whole project. I always think a museum looks more like a museum if there's a sculpture or two out front. This one certainly does the trick. Come visit and see for yourself! 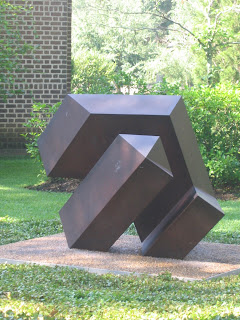 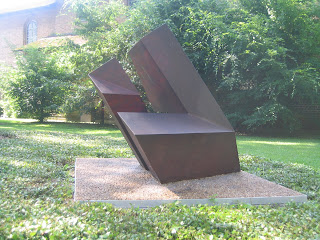 Posted by Curator Jill R. Chancey at 11:17 AM No comments:

Next month the Lauren Rogers Museum of Art’s Library will take a break from its annual summer postcard exhibits for a look into another interesting collection from its archive - the Bible collection. On display will be examples of early Bible translations, a page from the Gutenberg Bible, along with family Bibles with elaborate illustrations and tooled leather bindings.

Among the Bibles in the collection are several editions of the Book of Common Prayer. One is an 1893 edition that was donated by the museum’s neighbor, St John’s Episcopal Church. Another is a family Bible belonging to the Gardiner family.

The collection as a whole offers a glimpse into the varieties of Bible interpretations that history has influenced, and range from the ornate to the utilitarian. A time line will also accompany the exhibit to help visitors put each version into historical perspective.

The exhibit will be located in the Museum Reading Room, and will run the entire month of July. For more information contact Librarian Donnelle Conklin at 601-649-6374. 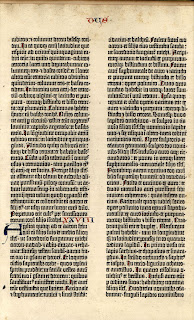 A Page from a Gutenberg Bible
Posted by Curator Jill R. Chancey at 11:13 AM No comments:

On Wednesday, June 27, the west side of the Lower Level Gallery will be closed for a Board Meeting until 1:00 pm.

This means approximately 1/3 of the Ethel Wright Mohamed exhibition will not be available for viewing that morning. We apologize for any inconvenience.
Posted by Curator Jill R. Chancey at 1:50 PM No comments:

and you will know us by the piles of our pottery....

Mandy and Mark have been hard at work teaching summer pottery classes for the last two weeks. We had a kids' class and an adult class. They made pinch pots, threw on the wheel, slab-built, and glazed all kinds of cool stuff. Herewith, a few documents of that messy, messy time: 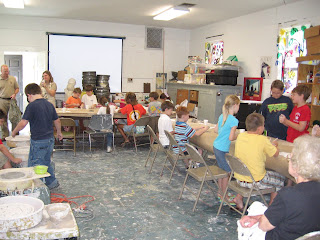 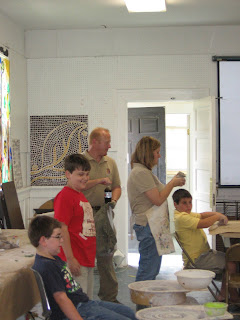 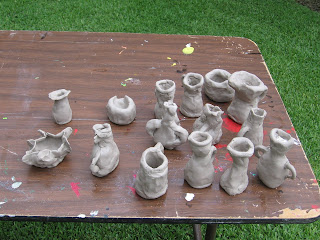 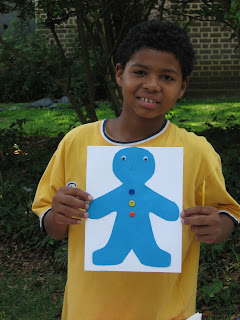 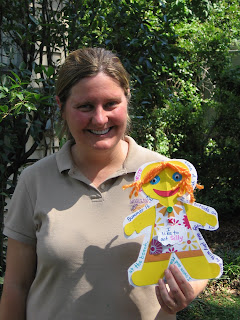 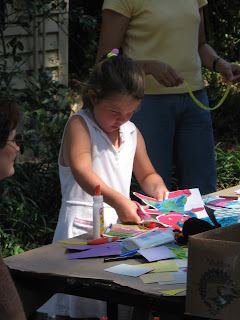 Last week, LRMA educators Mark Brown and Mandy Buchanan helped visiting kids create "story people". The young artists cut out figures and decorated them with words and clothing to illustrate a story about themselves or someone they know. They used needle and thread to stitch their stories, just as Ethel Wright Mohamed did in her pictures, which are on display in LRMA's Lower Level Galleries.
Posted by Curator Jill R. Chancey at 9:35 AM No comments:

In case you're going to Mexico City this summer

MEXICO CITY (AFP) - The 100th birthday of artist and feminist icon Frida Kahlo will be honored with the largest-ever exhibit of her paintings, the Museum of the Fine Arts Palace in Mexico said Tuesday.

"The 354 pieces will be the largest exposition of Frida Kahlo," director of the National Fine Arts Institute Teresa Franco told reporters.

It will also be Kahlo's first comprehensive exhibit in Mexico, she said. After Mexico proclaimed Rivera paintings to be national cultural heritage, foreign owners feared lending her work to Mexico.

Besides one-third of her artistic production, manuscripts and 50 letters that have not been displayed previously, she said.

She suffered intense emotional pain inflicted by the philandering Rivera and physical pain after being stricken by polio and bus crash.

Pain and her inability to have children were common themes in her paintings, many of which were shocking, bloody self-portraits.

After her death, Frida became "first a legend, then a myth and now a cult figure," Hayden Herrera wrote in a 1992 biography of the Mexican artist.

The most recent international exhibition of Kahlo's work was in 2005 by the Tate Modern in London, which brought together 87 works.

The exhibit is tentatively slated to open June 13 until August 19. The museum is open 10:30 am to 6:30 pm Tuesday through Saturday.
Posted by Curator Jill R. Chancey at 8:52 AM No comments:

Well this is interesting...

Apparently, the limestone blocks that make up the Great Pyramids are made of reconstituted limestone, not blocks chiseled from quarries. In other words: a kind of limestone concrete, made on-site.

Here's the link: The Surprising Truth Behind the Pyramids
Posted by Curator Jill R. Chancey at 8:50 AM No comments: