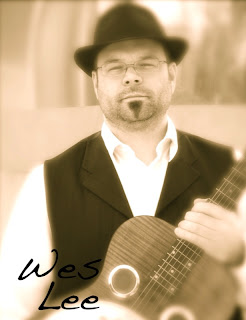 The Lauren Rogers Museum of Art will host its annual event A Taste of Art & Wine on Friday, April 16 from 7 - 10 p.m. at the Rogers-Green House. This year’s event "Fly Me to the Moon" will feature dinner, wine and spirits, and a silent auction which will include artwork by Mississippi artists, as well as wines and wine accessories. Music will be provided by The Wes Lee Trio. Tickets are $45 per person with proceeds from the event going toward the renovation and preservation of the Rogers-Green House and grounds.

Wes Lee is a native of Mobile, Alabama. He has played professional engagements since the age of 14, playing trombone in the genres of jazz, Dixieland, big band swing, and funk. In 1997, Lee formed a band known as Mr. Tone in which he played guitar and was lead vocalist. Mr. Tone and the Blues Funk Revival from Meridian, Mississippi toured the southeast through 2002 and released CDs in 1998 and 2001. Lee moved to Hattiesburg in 2005 where he headlines in The Hub City All Stars and has played guitar for many other artists in the area. He is currently producing a CD of primarily solo acoustic original music. Lee has shared the stage with such international acts as Tab Benoit, Tinsley Ellis, Kenny Neal, Deborah Coleman, Lil Greenwood and Hattiesburg’s own Vasti Jackson.

Wes Lee is AWESOME! A MUST see Class Act! What a talented and GIFTED performer!!

Wes Lee is AWESOME! A MUST see Class Act! What a talented and GIFTED performer!!