The Lauren Rogers Museum of Art will hold its annual fund-raising event The Azure Ball: A Grecian Island Fantasy on Saturday, December 4. Highlighting the evening will be the Live and Silent Auctions, featuring paintings by some of the region’s best-known artists, trips to exotic locations, exquisite pieces of jewelry, and more.

Gala attendees will dine on a menu of authentic Greek delicacies presented by Nick Apostle of Nick’s Restaurant in Jackson. Apostle came onto the dining scene in 1983 and has since set the benchmark for Jackson restaurants. Nick’s was the first Mississippi restaurant to receive Wine Spectator’s "Award of Excellence," and has repeatedly been named "Best Fine Dining" establishment by Mississippi Magazine. Nick’s has been featured in Ford Times Magazine and in Delta’s Sky Magazine as Jackson’s best restaurant for the business traveler. Nick’s executive chef Steven D’Angelo trained under Chef Emeril Lagasse at NOLA and Emeril’s in New Orleans. He has had national media exposure with segments on Good Morning America, CNN, and Food Network’s Emeril Live. Both Apostle and D’Angelo bring careful attention to every culinary detail as well as a fresh approach to incorporating regional foods. 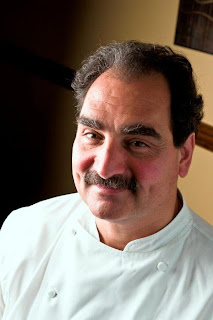 Later in the evening, those in attendance will enjoy music by The Triple Lindy. Based in Hattiesburg, The Triple Lindy consists of Brandon Webb, Ben Jones, Wes Brooks, and Joey Odom. The band has performed together for the past 15 years in and around the state of Mississippi, playing a wide selection of music from swing and oldies to blues and classic rock. Each member of the band has live entertainment experience going back as far as 20 years playing events with national and internationally known touring artists.

LRMA members at the Sponsor ($100) level and above may purchase tickets to The Azure Ball. Tickets are $100 each and include an invitation to the Auction Preview Party on Thursday, December 2.

For more information or to reserve a table for the Gala, please contact the Museum at 601.649.6374 or info@LRMA.org.
Posted by Curator Jill R. Chancey at 8:28 AM